Designing the European Parliament is a unique profound experience which engages your soul, your sense of responsibility, your convictions about society, your consciousness and finally, your humbleness as a designer. The Parliament is, by definition, the symbol of democracy. Consequently, the Parliament building, being the place where democracy is exercised, must be capable of embracing and translating into a sensorial experience all values such as proximity to its people and territory, social inclusiveness, transparency and, of course, functionality. The consciousness that sustainability in not only a moral obligation but moreover, the biggest opportunity of our time, has led us to the conclusion that the European Parliament building would be the most powerful vector of a message to all of us about the environment and the reconciliation with our planet Earth.

A “territorial approach”. The European Parliament building represents a large community and a large territory. We imagine our building as a territory where people meet their representatives, their institution. The whole program is developed around the “outstanding experience”, a journey through a European territory. The visitor path starts from Simone Veil esplanade and unfolds over more than 1 km through the building, reaching all spaces, both permanently and temporarily accessible to the public. The journey alternates continuously from inside to outside and vice versa, offering the visitor an immersive experience in the institutional place. Walking up, the visitor experiences Leopold park from multiple, remarkable raised viewpoints as well as Brussels from the “upper piazza”. The experience culminates with our “periscope on Europe”, a space at the top of the “institution sphere” framed by the timber arches, protected by a glass façade which in turn becomes a screen for holographic projections of European places, cultures and events: a glimpse on Europe.

Nature meets built. One of the most crucial opportunities that the site offers is Leopold Park. Where a public open space meets the urban fabric. Such a duality has led us to adopt a strategy capable of emphasizing the presence of nature on the East and preserving the notion of urban fabric on rue Wiertz.

A place for the institution. The institutional process takes place in the Committee rooms and Trialogue rooms before moving to the Chamber for the final vote. It is obvious to us that such an institutional building must be legible through its architectural expression. In our scheme, the main debating venues are assembled and contained all together and constitute one single component of the architectural massing. The venues are superimposed by size with the Chamber seated on the ground, the main committee suspended above it, with the main trialogue crowing the ensemble. The vertical institutional composition is completed by a public space overlooking the ‘Europe horizon’. In other words, the institutional composition is contained between the topography, representing the European territory, and the people that legitimately take “possession” of the sky in a unique experience at the top floor.

Three pure volumes organized by a clear geometry. The architectural composition explores all sorts of potential relationships and connections with the Spinelli building. The massing is dominated by the spherical volume containing the institutional process while the rest of the spaces are housed in the cubes. The two cubes float over the topography to leave the raised ground to Leopold Park which will be visible and accessible from La Cour d’Honneur. All volumes are connected through an aerial system of light bridges.

Wellbeing. Daylight, limited travel distances, convenient stairs by the external façade and sense of orientation are qualities we have based our design on. 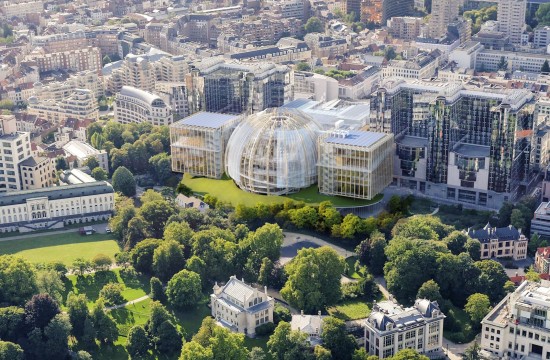 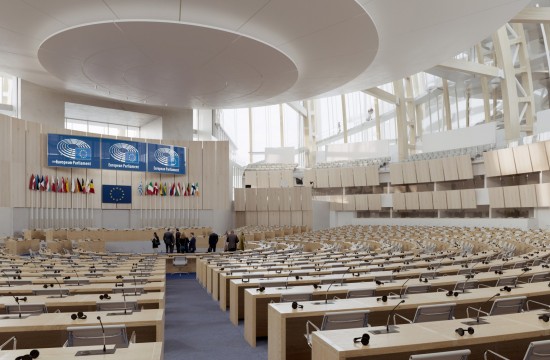 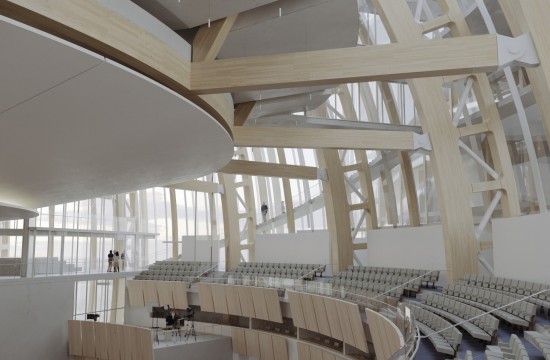 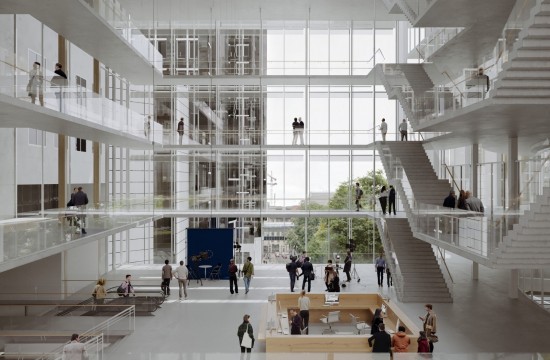 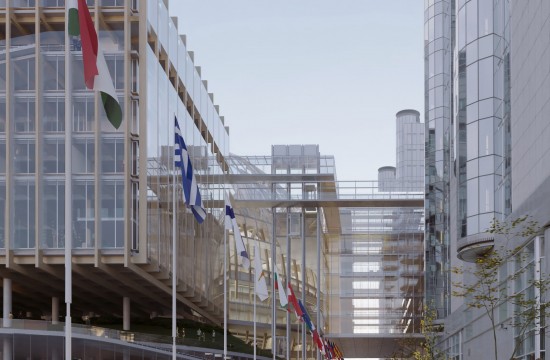 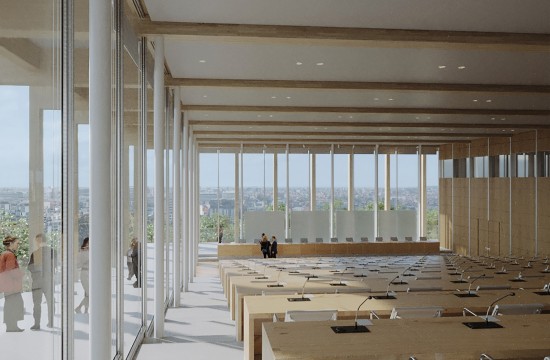 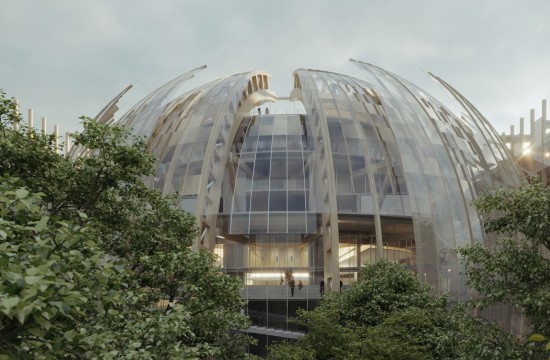 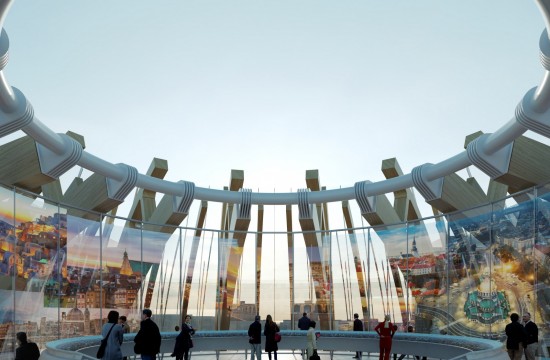 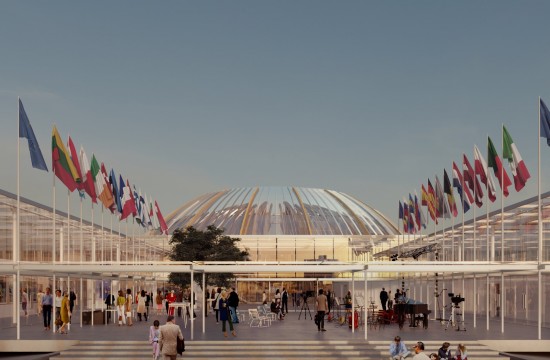 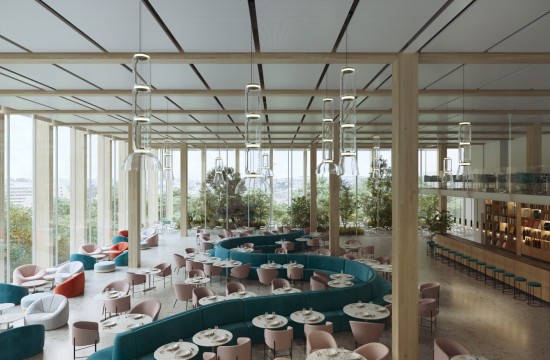 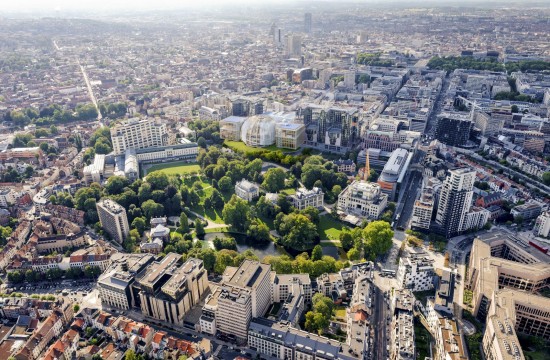